Muskmelon, Cantaloupe, or Nutmeg melon, no matter what you call them, these sweet, musk-scented fruits are a crowd favorite. Usually, Muskmelons and Cantaloupes are confused with each other. While all cantaloupes are muskmelons, all muskmelons are not cantaloupes. The high water content, sweet flesh and it’s distinct flavor makes it one of the most sought after fruit in the market. Muskmelons are wildly popular all across the globe thanks to its likable traits and humongous size.

The origins of Muskmelons are unknown, some say it was first cultivated in ancient Egypt, some scholars say it was documented in ancient India and central Asia nevertheless the fruit took over the world and is now cultivated all across the globe. Muskmelons are such a crowd favorite that, these carefully crafted and meticulously grown muskmelons are a luxury item back on the island some varieties start at around $100 and can fetch up to $27,000! The craze around the fruit of a huge stature isn’t just because of the way it looks or the way it tastes, muskmelons can also be a healthy snack thanks to it’s nutritional properties.

Just like any other melons, Muskmelons contain high water content which means it’ll keep you hydrated and fill up your stomach at the same time. These fruits also contain high amounts of Vitamin A and Vitamin C that take care of your eyesight and boost your immunity respectively. Muskmelons are also said to have anti-aging properties, ultimately giving you clear and healthy skin. It practically has no fat content which means it’s the perfect snack for the diet conscious. Muskmelons are also said to relieve stomach ulcers and constipation, thus taking care of your digestive system. Research has shown that consuming Muskmelon relieves menstrual cramps and regulates menstrual flow.

The nutritional properties and the delicious taste make the Muskmelon a highly sought after fruit and a crowd favorite across the globe. Muskmelons are truly a MUSK have in your kitchen! Originally from Mesoamerica and then owned and popularized by the Italians, Zucchini is a member of the squash family. Although Zucchini is considered to be a vegetable it’s botanically 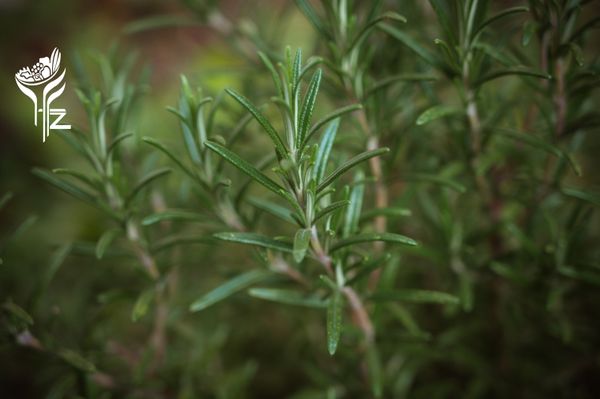 Rosemary, an alien in the domestic kitchen but wildly popular in the international community. A distant cousin of the rather popular Mint, rosemary is a woody, perennial, fragrant, and evergreen