Yesterday was a rather special day for the patrons at, Farmers Fresh Zone. The agri-tech startup inaugurated its new head office at Kalamanssery.  The new facility houses over 300+ startups and is supported by the Kerala startup mission and is known as Kerala Technology Innovation Zone. The new head office was inaugurated by some really special guests, a farmer & a customer!

Farmers Fresh Zone runs on a simple philosophy, connecting rural farmers to urban customers by sourcing fresh & pesticide-free produce and delivering it to the doorsteps! We are glad to have received, immense support & appreciation from our customers and farmers, which gives more of a reason for us to keep growing & push ourselves to achieve our goals.

Today, after being up & running for four years, Farmers Fresh Zone is a family of over 1 Lakh customers, 2500+ Farmers & is present in four major cities in Kerala. Moreover, in this financial year, the agri-tech startup has experienced a five-fold growth in online spaces & the operations have been gradually switching from omnichannel to a completely online presence.

The new head office is a part of the Integrated Startup Complex in Kalamassery & has been inaugurated by the startup’s first farmer Mr. Shajanbabu PS &  Mr. Manoj Chittayth who has been a loyal customer ever since the company began its operations. The story of this agri-tech startup is an inspiring one since the first farmer of this startup also happens to be the father of the CEO, Mr. Pradeep PS.

Farmers Fresh Zone is not only the story of an agri-tech startup that bridges the gap between customers & farmers, it’s also a story of the love & respect of a son towards his father. After hearing about numerous problem statements from his father, regarding the issues farmers face, Pradeep set out with a goal in mind- to help the farmers. Eventually, that goal manifested in the form of Farmers Fresh Zone & he never looked back after that. Mr. Shajanbabu is now a proud father, a hardworking farmer & the director of the company. Meanwhile on the other hand Mr. Manoj has been a loyal customer for the past three years &  is now an investor for the startup.

The company has plans to sprout its branches in five more cities in the next financial year & the startup is in discussion to raise a Series A fundraiser. The performance statistics add credibility to their goals, Farmers Fresh Zone is the only agri-tech startup in the B2C space that has closed $1 Million USD in revenue, in this financial year. The agri-tech startup has good figures, consistent performance & has a customer retention rate that stands much higher than the average industry standards in the country.

“The current pandemic situation has accelerated the online retail space and online growth & since almost 93% of the business comes from online platforms, we have decided to commit fully towards the online space. We believe this move will allow us to integrate our business with better technological resources, expand growth & scale our operations to the next level." 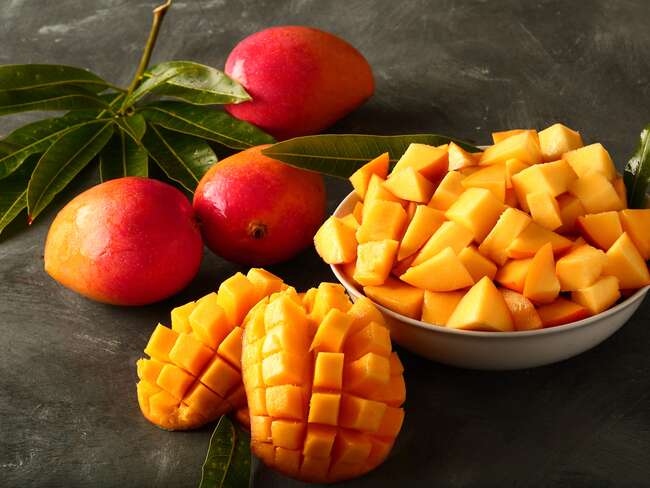 (& its time to Celebrate!) If there’s anything the hot & tiring summer season has in store (apart from the heat & exhaustion) it has to be the sweet,

There are certain forces of nature, the motion of these forces shape the earth . A flowing river, a gust of wind, a lightning strike, are all examples of the various